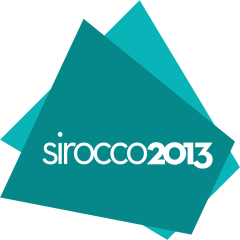 NO GAMES TODAY: Delays have seen the seventh Olympic Games delayed until early 2013.

Alston, NCD, Dec 19 – It has today been confirmed that the seventh Intermicronational Olympic Games will be held in 2013.

Delays and severe inactivity have forced the Siroccan Government to hold the Olympics sometime in January or February next year following few replies of interest by other nations with regard to events or participants.

Speaking to the Times a short while ago, Premier Daniel Anderson said that he was “very disappointed that these Games will break the two-year tradition of the Olympics, but hosting them in early 2013 will allow us to be better prepared for when they are held. I urge any interested parties to register their interest on the Siroccan forums and help to organise these games.”

He then added that “There will be a Siroccan Olympic Games next year.”

At present only a few athletic events have been confirmed, with some online events such as chess and DEFCON being discussed. It has been hoped that these will be the largest-ever micronational Olympics since the tradition began in Molossia in September 2000.

It is expected that the 2013 Games will be begin late next month.