Premier Daniel Anderson has hailed the year 2013 as a “triumph”, and has said the country is ready to take on the challenges “of what may be our hardest year yet.” »

Controversy has erupted in the MicroWiki community following the judging of the Seventh Spon Awards, with many voicing their disagreement with the decisions made. »

Work has this afternoon begun on packing up Rathlyn for this weekend's move back to Alston. »

Rathlyn, HB, Nov 10 – Sirocco’s four ‘Superministries’ are to be split into sixteen smaller ministries, the Premier has today announced. In a press conference in Rathlyn this afternoon, Premier Daniel Anderson announced that the Ministries of Access, Commonwealth, Culture, »

Greater Hagley, Sep 5 – Premier Daniel Anderson today made his first visit to Sirocco’s new South Island with an official visit to the territory of Greater Hagley. Initially planned for yesterday but postponed to today as a result of inclement weather, the Premier visited Greater Hagley »

Zealandia is set to open a Royal Commission into accusations of corruption stretching back several years. » 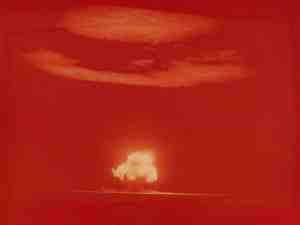 Under the terms of the Atomic Calendar Act 2013, from tomorrow the Atomic calendar will have official status within Sirocco. »

Rathlyn, HB, May 3 – Polls conducted over the previous few days have shown international support for continued Federal leadership in Sirocco over the Libertarian opposition, however it has transpired that it is not all smooth sailing for Premier Daniel Anderson. A poll introduced by the »

Rathlyn, HB, May 2 – An outspoken Sabioveronese dissident has slammed Juclandian socialism and has voiced his support for Sirocco’s anti-communist measures in a strange twist on the near-constant ideological battles in the MicroWiki community. News broke early this morning in the Siv »